Bernie’s Book Bank is named for Dr. Bernard P. Floriani, the father of Founder and Chief Advancement Officer, Brian Floriani, Bernie Floriani, Jr. and Lindsey Floriani Arterburn. Bernie was a self-made man – the son of a coal miner who grew up in a house without running water until he went to college on a basketball scholarship. He may not have had much, but he did have access to books and the opportunity for a good education.

Big Bernie achieved a bachelor’s, a master’s and a doctorate degree in reading education. He spent his entire professional life promoting literacy. In 2005, Brian was a lead instructor for Golf Digest Schools in Lake Tahoe and West Palm Beach. The sudden death of his father, Bernie, inspired him to do something different with his life.

Brian began working as a reading paraprofessional for Shiloh Park Elementary in Zion, Illinois. He spent every day tutoring struggling readers. It wasn’t long before Brian realized that, while he could help each child individually at the elementary school level, his efforts and those of thousands of other reading paraprofessionals across America wouldn’t do anything to stop the influx of new struggling readers from entering the school system every year.

He now understood the importance of what his father knew — that reading is the single most important skill a child needs in order to contribute and function competently within our society. Furthermore, he realized that all of these children probably could have been “reading ready” if they had been provided access to books at home before entering Kindergarten.

By the end of 2012, the number of children’s books Bernie’s Book Bank had sourced, processed and distributed reached 1 MILLION. In 2019, we reached 15 MILLION! In 2021 we are on target to reach 20 MILLION books distributed since 2009!

We do this by sourcing millions of new and gently used books from our generous donors. We level them into age-appropriate groups, place an identifying sticker on them and then select a variety of 6 new and gently used titles to be placed into a bag for distribution. We then deliver each bag of books directly to the children we serve via the school districts and ‘Under 6’ (U6) programs in the Chicagoland area. In one year each child we serve will receive a total of 12 quality children’s books to take home and call their own.

As a non-profit organization funded entirely by generous individuals, foundations and caring companies, Bernie’s Book Bank cannot succeed without the support of many book donors, volunteers, and investors. Working together, we are transforming the educational journey of thousands of under-served children by providing them the tools they need to become successful readers. 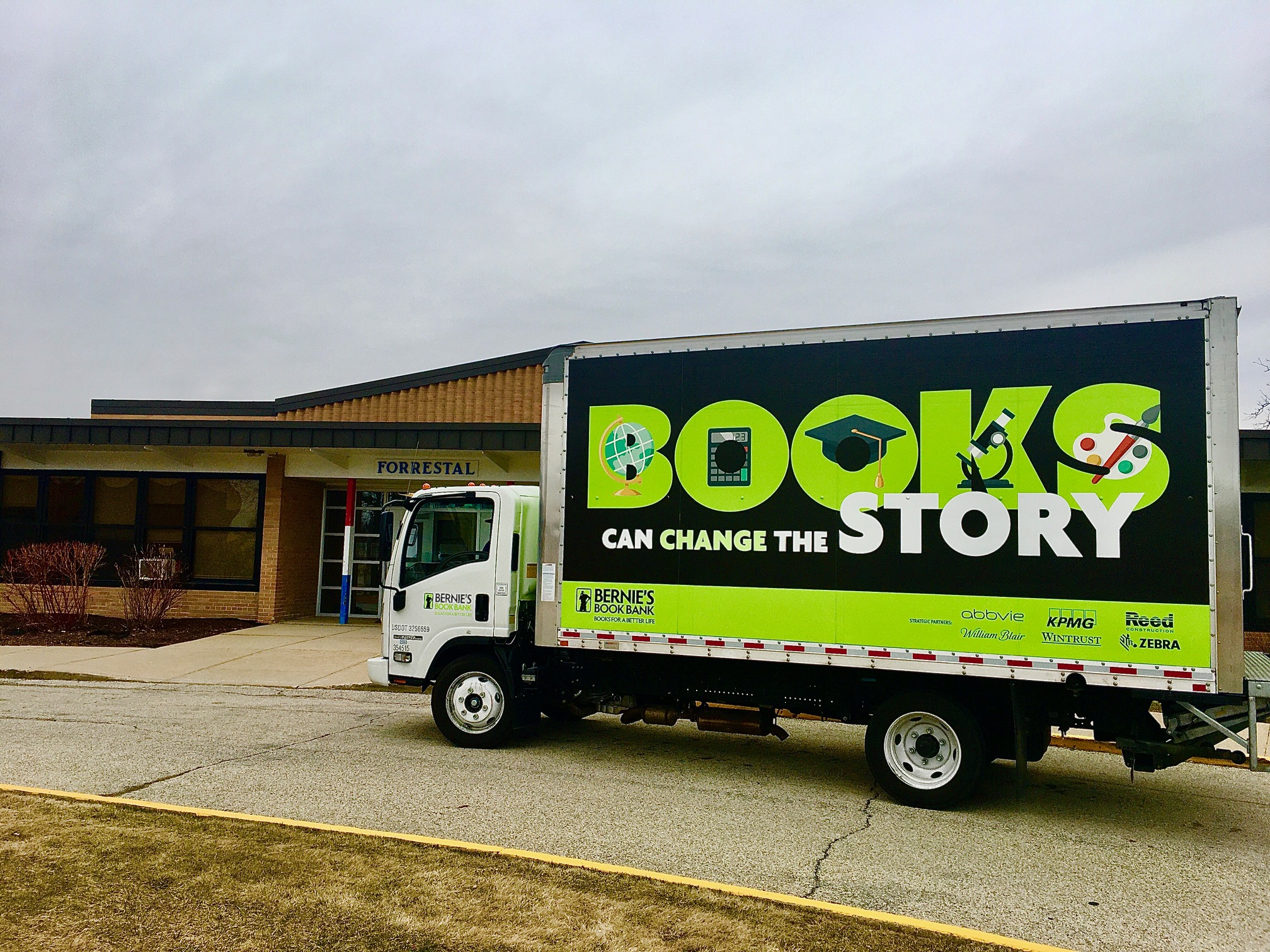 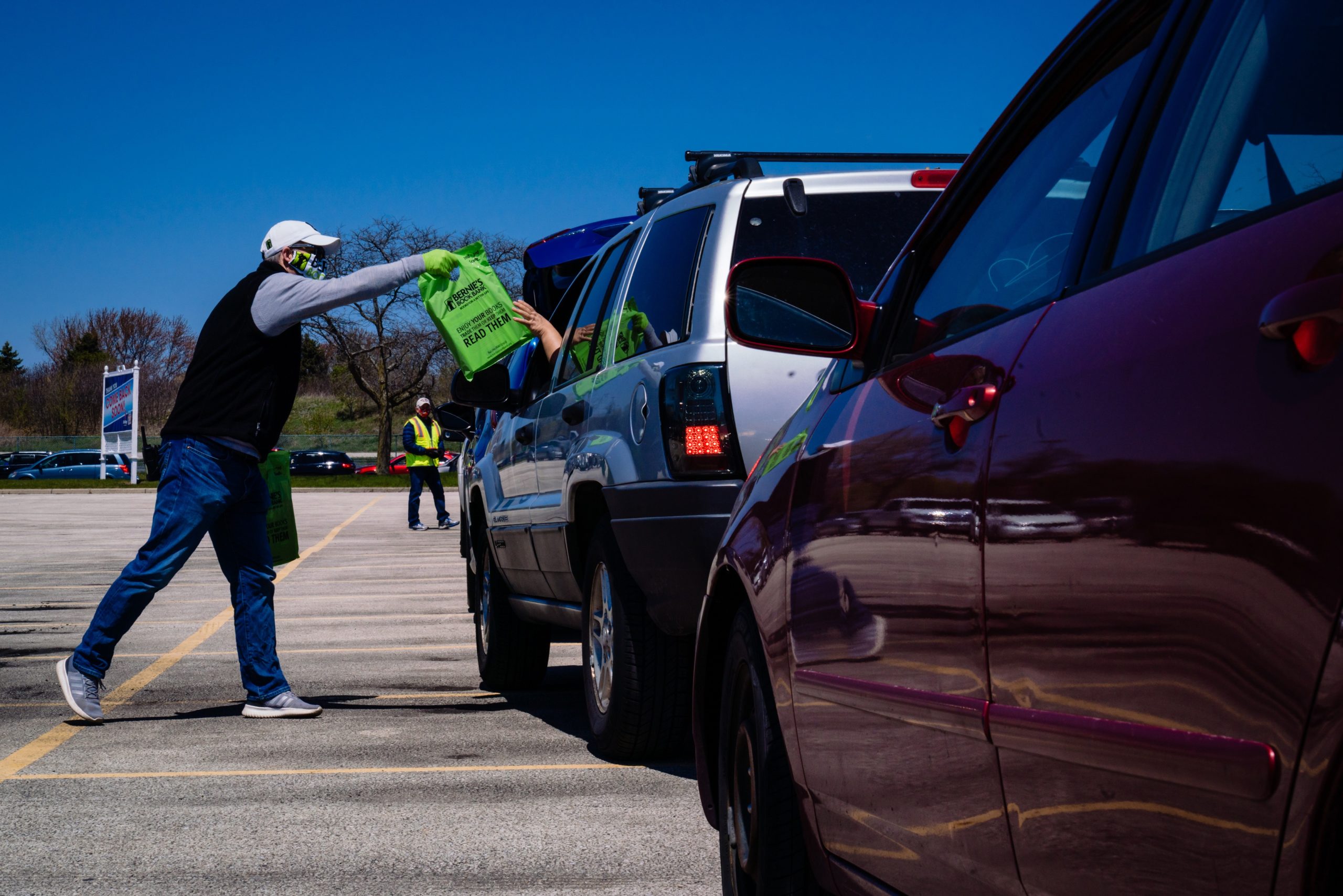 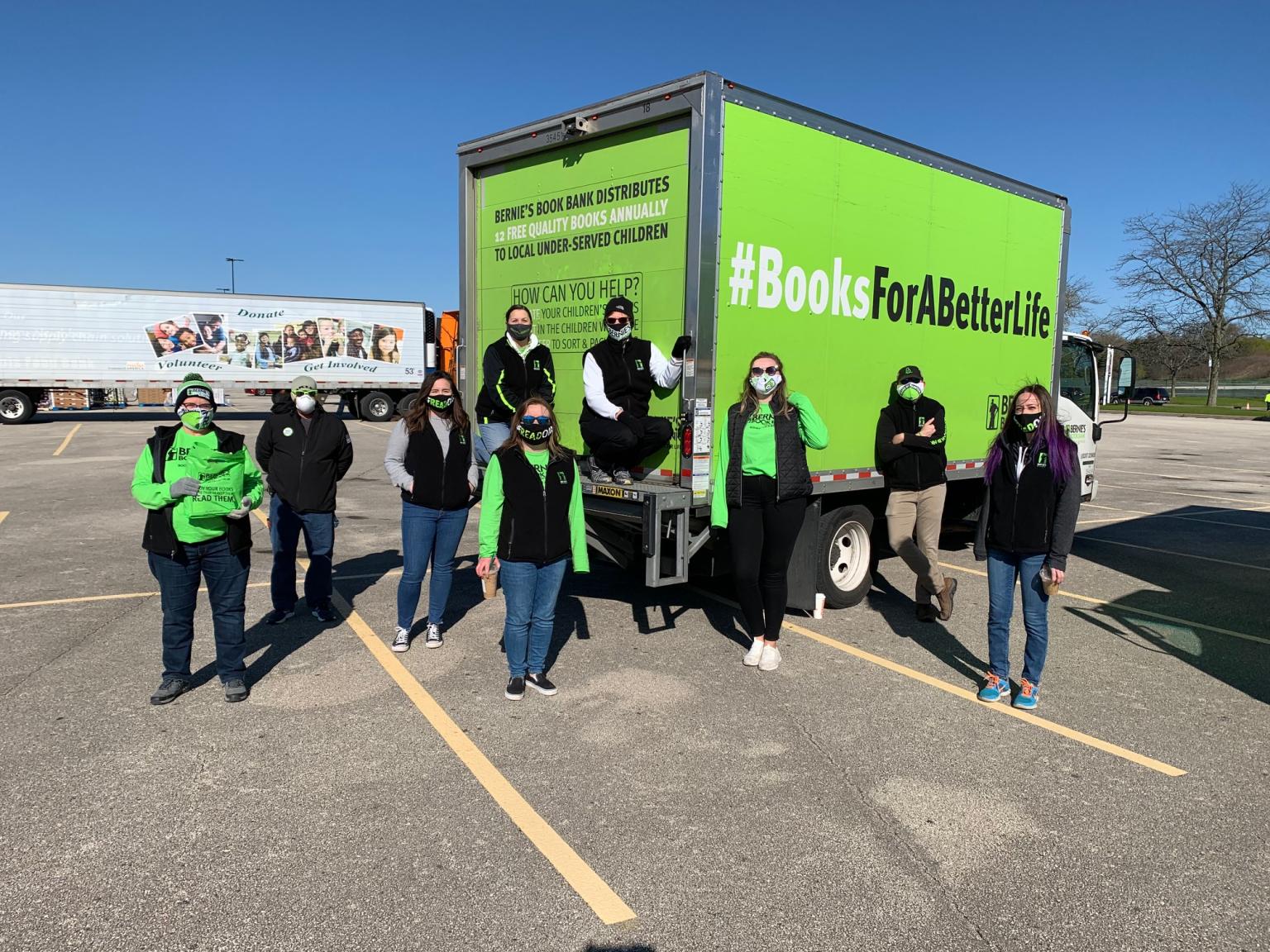 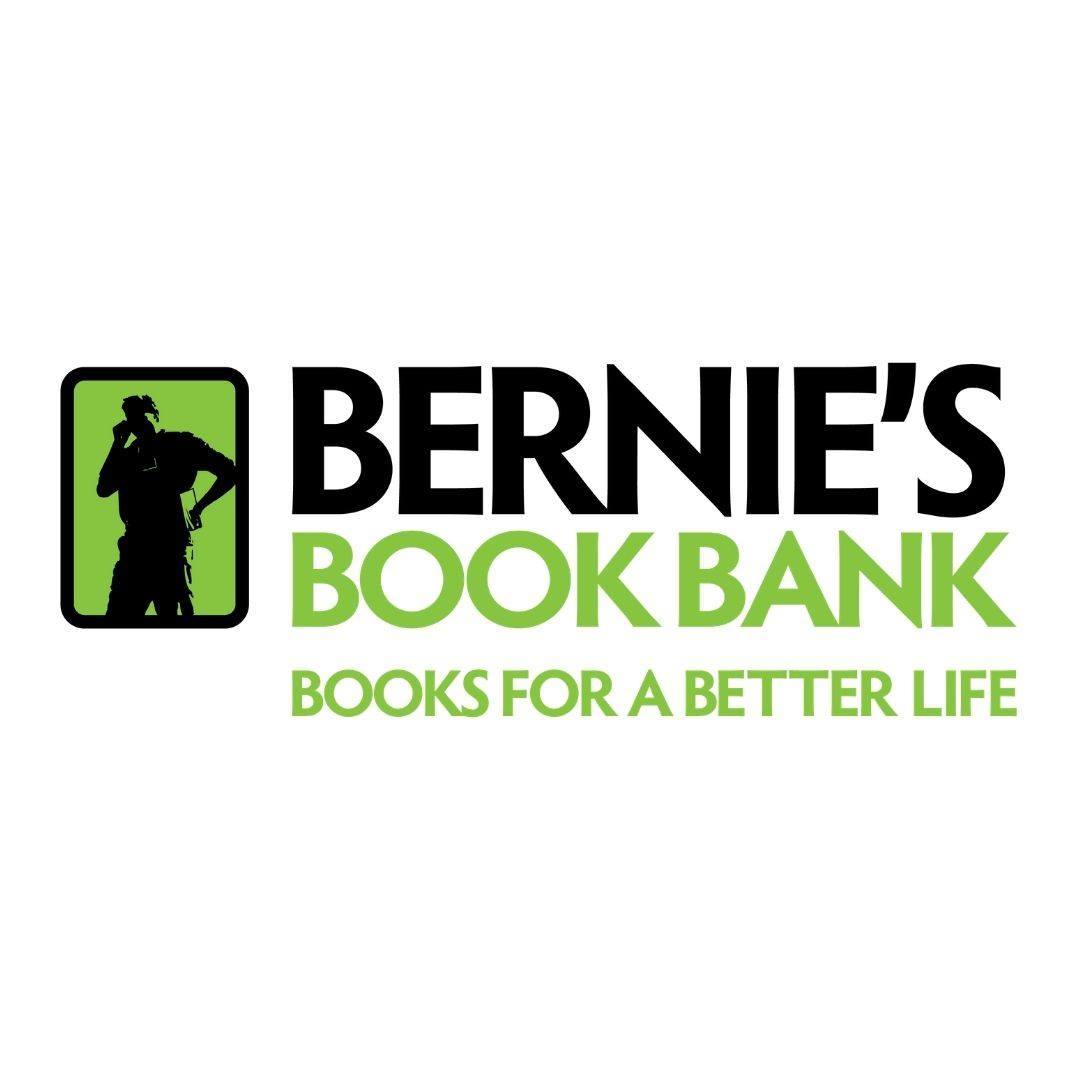